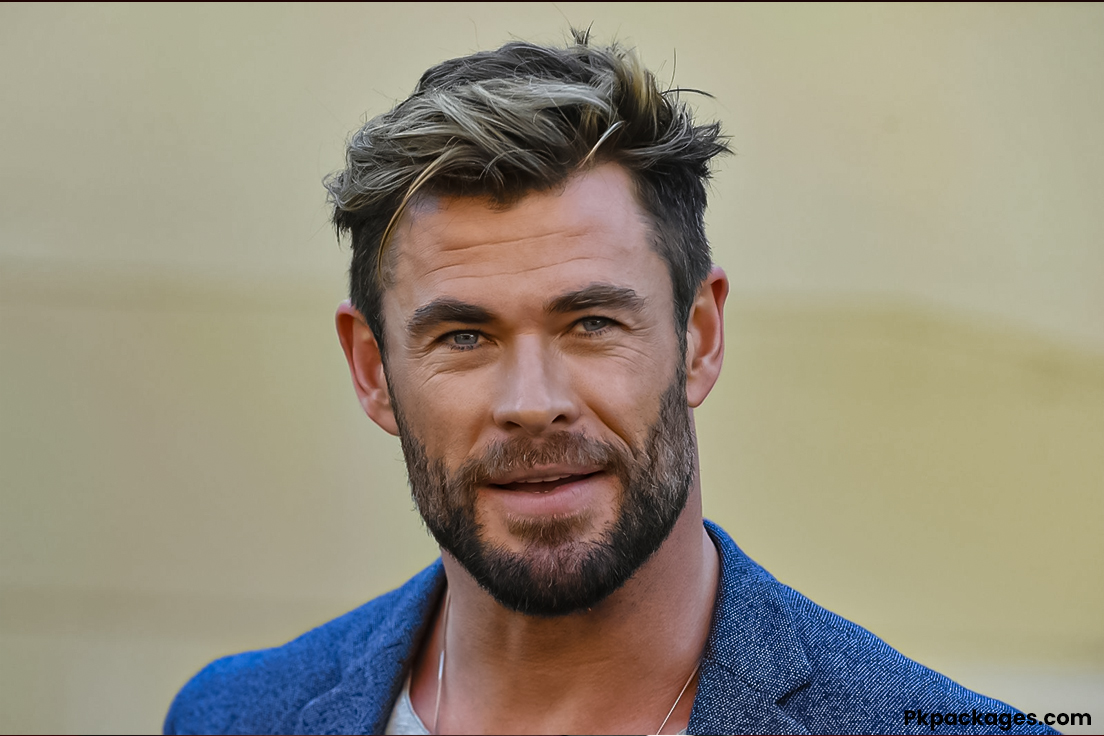 Chris Hemsworth is an Australian actor. He is better known for his role as the superhero “Thor” in the Marvel Cinematic Universe. Other than that, he has also appeared in multiple movies, showing his diverse acting range. Currently, he is one of the top paid actors in Hollywood.

Christopher “Chris” Hemsworth was born on August 11th, 1983, to an English teacher Leonie and a social-services counsellor Craig Hemsworth in Melbourne, Victoria. He has two other siblings, brothers Luke Hemsworth (older brother) and Liam Hemsworth (younger brother). Both his brothers are also actors. He was raised and brought up in Melbourne and the Outback in Bulman.

Hemsworth’s career started with some minor and recurring roles in various television shows. He first appeared in two episodes of the fantasy tv show “Guinevere Jones” in 2002 as King Arthur. Afterwards, he appeared in smaller roles in Neighbors and Marshall Law in the same year. In 2003, he appeared in one episode of The Saddle Club and in 2004, in the soap opera Home and Away. This was the show that brought him some recognition, and he appeared in a total of 171 episodes, but according to him, he still didn’t come on the film industry’s radar.

Hemsworth’s first film credit is the role of George Kirk, James D. Kirk’s father, in J.J. Abram’s 2009 movie “Star Trek.” Although his appearance was for only 5 minutes of the runtime, he still left a good impression on the film critics with his solid performance. He also appeared in the action-thriller “A Perfect Getaway” as Kale Garrity in the same year. In 2010, he appeared alongside veteran actor Sean Bean in “Ca$h.”

2011 was the year when Chris’s star started to shine. He was contracted by Marvel Studios in the movie Thor in the titular role. He beat Tom Hiddleston for the role, who appeared as the villain Loki in the same movie. The movie was a commercial success, and Chris’s performance as the god of thunder was praised. He reprised his role in the 2012 movie, The Avengers alongside an ensemble cast of Robert Downey Jr. (Tony Stark/Iron Man), Chris Evans (Steve Rogers/Captain America), Scarlett Johansson (Natasha Romanoff/Black Widow), Mark Ruffalo (Bruce Banner/Hulk), Jeremy Renner (Clint Barton/Hawkeye) and Samuel L. Jackson (Nick Fury). This movie was a critical and commercial success, grossing USD 1.5 billion worldwide and launching a cinematic universe that is still ongoing. So far, Chris Hemsworth has appeared as Thor in 8 MCU movies, both as the main cast or as a cameo appearance and in 2 short comedy mockumentaries, “Team Thor.” He will reprise his role in the upcoming “Thor: Love and Thunder” in 2022. 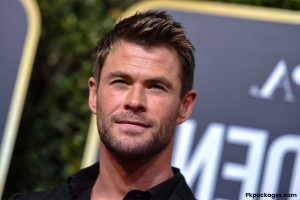 Besides his illustrious career in MCU, Chris has also appeared in multiple other productions. In 2012, he played the jock, Curt Vaughan, in the comedy-horror “The Cabin in the Woods,” for which his acting was praised. He also played Huntsman in “Snow White and the Huntsman” and Jed Eckert in the box office bomb “Red Dawn” reboot.

In 2013, Chris Hemsworth played the 1976 Formula 1 champion James Hunt in the critically acclaimed “Rush,” He appeared alongside German actor Daniel Brühl, who played his rival Niki Lauda. In the same year, he appeared in Thor: The Dark World.

In 2015, he played the role of a hacker in the box office bomb “Blackhat,” which was also panned by the critics for the casting choice. Chris too has expressed regret for appearing in that movie. He reprised the role of Thor for the 4th time in Avengers: Age of Ultron. He also appeared in two more movies in the same year, “Vacation” and “In the Heart of the Sea.”

In 2016, he appeared in “The Huntsman: Winter’s War” and “Ghostbusters,” but both movies were box office disappointments and panned by critics. In Ghostbusters, though, the critics praised Chris’s role as Kevin the receptionist.

From 2017 through 2019, Chris Hemsworth appeared in three MCU productions, “Thor: Ragnarök,” “Avengers: Infinity War” and “Avengers: Endgame.” Other than that, he also appeared in “Men in Black: International” and “Extraction,” the latter breaking the viewership record of “Bird Box” on Netflix.

Other than that, Chris has also appeared twice as a host in the live comedy sketch show “Saturday Night Live,” in which his comedic acting chops were appraised by audiences.

Chris Hemsworth’s current net worth is USD 130 million. He is one of the highest-paid Hollywood actors right now.

Chris Hemsworth is quite active in the philanthropy world and has supported multiple charities and causes like conservation efforts, disaster relief, human rights, mental health, poverty, etc. Most notably, he has supported charities like Baby2Baby, Motion Picture and Television Fund Foundation, CORE, Oceana, etc. Along with his wife Elsa Pataky, he is also supporting conservation initiatives, including AussieArk and Wild Ark.